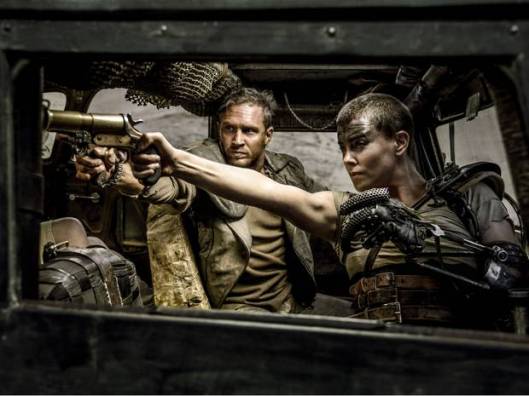 I watched Mad Max a few days ago after hearing so much discussion about how good the movie was. I’m going to discuss the movie generally and won’t be giving any spoilers. While I did enjoy the movie, I was dissapointed at how the world was created. I loved the idea but so much more could have been done. Don’t you hate when that happens? When you watch a movie that you love it’s potential but it just doesn’t reach it? Well the world of Mad Max was like that for me. 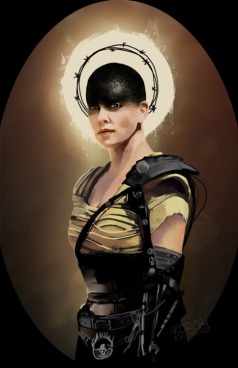 But on the topic of Furiosa (the main female lead, Charlize Theron) she was exactly what I wanted in a female warrior. She is currently my favourite main female character EVER. She was a female lead that was not sexualized. Yes. Let that sink in. She was a badass, kick-ass woman who was NOT sexualized. They have her fight in the movie, dirty, gritty, and unrestrained fighting. What I also love about the movie is that no-one questions her gender, or her rough appearance, or underestimates her ability to fight. Not even the villains. They know that she’s powerful and they try to outsmart her. While the director of this movie didn’t intend on making a feminist movie, this movie has definitely made massive waves in the feminist community and many others. Tumblr is currently exploding with so much fanart of Furiosa, fanfiction, etc. They have gripped onto this movie (that I thought could’ve even been better in terms of world-building) because we have been given something we rarely have before. A badass female lead who is not sexualized, who is gritty, and has her own well-established arc independent of the men in the movie. And there are many other female characters in the movie who all have their own arcs which I was happy to see too. To be honest, it’s probably the first action movie I have seen with SO many established female characters. It was sad when I realised that. It really stood out to me how many women were on screen and I was annoyed that it looked ‘different’ and ‘odd’. I can see why so many people are obsessed with her and what she represents as an action hero. Her character particularly impacted me considering how disappointed I was with Black Widow, as an action hero, in the Avengers. END_OF_DOCUMENT_TOKEN_TO_BE_REPLACED