I have created some more free book covers using my own photography and free stock images from sxc.hu! Sunset Kisses can fit drama, romance, or contemporary fiction. While The Knight’s Circle could fit historical fiction or epic fantasy.

Authors with all budgets deserve to have a winning cover representing their hard work. This is why I have created free and QUALITY book covers to share with all those writers out there. These graphics can be used for their intended purpose, as a book cover, but can also be used to introduce stories on your blogs, etc.

Visit Ermisenda’s official book cover page on Ermiliablog here to see how you can grab one for your own novel.

I also create unique covers for your novel for an affordable fee, my email address is ermisenda@live.com. I can help with any graphic design job; book covers, website/blog banners, magazine covers, etc. Just send me an email or leave a comment below with your question or request.

Because your novel deserves to look its best. ErmisendaDESIGN.

Eliabeth found an image she wants to share, so this week we’re doing two images instead of one.

I urge people to join in, comment with your paragraph of fiction to accompany the image. It doesn’t have to follow my story or reflect the same themes. It can be a poem or in a different language (provide a translation please :D). Anyone who wants to join in, is welcome. This photograph will be reblogged under Ermisenda on tumblr. 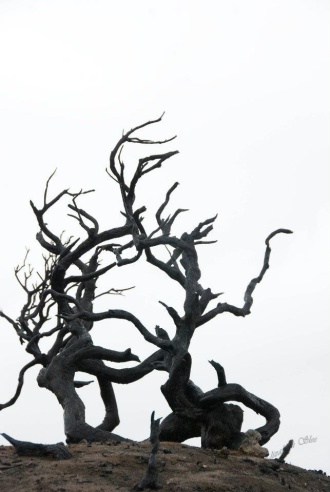 Metal clashed against metal as the blade glanced off the warrior’s armor.  The battle field was stained with blood and the wind carried moans into the abyss of the deserted town.  The dying were left to die with no one left to bury them.  Angered by the drink it could not help but absorb, the earth decided to rebel.  The fighting would end, one way or another.  Just as the victorious warrior ran his blade through the wounded flesh of the other, they both turned into trees, locked together forever.