Welcome to the Picture it & Write creative writing exercise. I invite people to join in, comment with your paragraph of fiction to accompany the image. It doesn’t have to follow my story or reflect the same themes. It can be a poem or in a different language (please provide a translation). Anyone who wants to join in, is welcome. This photograph will be reblogged under Ermisenda on tumblr and added to the Picture it & Write gallery on Facebook and Pinterest.

Please continue to write however you’re inspired, but add a tag to the beginning of your post if there’s mature content in order to keep Picture it & Write an engaging event for all of our followers. 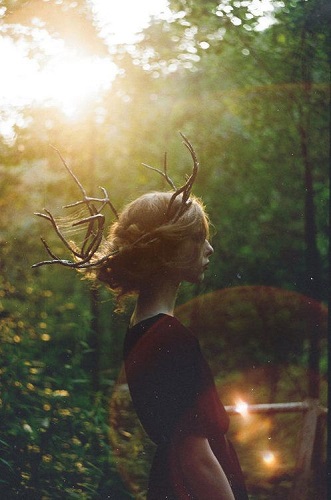 I am nature. People think they have dominion over me. You’re adorable. I was here before you and I will remain after you’re long gone. You can draw me any way you like. Make me into a nymph or mother. Respect me, sexualize me, it doesn’t matter to me. You are a fragile race. Has no one noticed that you’ve created a weapon that kills you, but me and the roaches survive?

Picture it & Write now supports The Girl Effect, a movement empowering girls to break the cycle of poverty in their communities, countries, and world. All profits from the publication are donated to this cause.

Everyone is welcome to use the button, just link them back to the Picture it & Write category or Ermiliablog!

Share your love for Picture it & write on your blog with the image below. Be proud, and stylish