This has been my most recent twisted, sinister read. ‘Messed up’ only begins to define this well-written book. Find out why I gave it a 4 out of 5 stars!

On a warm summer morning in North Carthage, Missouri, it is Nick and Amy Dunne’s fifth wedding anniversary. Presents are being wrapped and reservations are being made when Nick’s clever and beautiful wife disappears from their rented McMansion on the Mississippi River. Husband-of-the-Year Nick isn’t doing himself any favors with cringe-worthy daydreams about the slope and shape of his wife’s head, but passages from Amy’s diary reveal the alpha-girl perfectionist could have put anyone dangerously on edge.

Under mounting pressure from the police and the media–as well as Amy’s fiercely doting parents–the town golden boy parades an endless series of lies, deceits, and inappropriate behavior. Nick is oddly evasive, and he’s definitely bitter–but is he really a killer?
As the cops close in, every couple in town is soon wondering how well they know the one that they love. With his twin sister, Margo, at his side, Nick stands by his innocence. Trouble is, if Nick didn’t do it, where is that beautiful wife? And what was in that silvery gift box hidden in the back of her bedroom closet

My friend gave me this book recently for Christmas. She’s a big romance reader but this was one of her favourite thrillers. And I can understand why.

I really enjoyed this novel. While the scenes were gripping and they kept me reading, the story ultimately unravels slowly for killer twists and turns. I am someone who gets bored easily if the book doesn’t snag me. This book did and I am glad I kept reading. I have a few gripes about the ending but the rest of this review will contain major spoilers. I have included the ‘book is for you/not for you’ bullet points above so that way if you haven’t read it, you can see if you would want to or not. Major spoilers will be included in this review.

This book is for you if you:

This book is not for you if you:

I really hated both Amy and Nick. I couldn’t like either of them. If anything, I preferred Amy because I admired how sickly brilliant she was. She was the star. She was so smart. Nick just felt pathetic to me and too much of a coward in too many ways.

The twist caught me off guard. I was expecting one because my friend had mentioned ‘a huge twist’ so I was anticipating it. But it still surprised me. I was like: 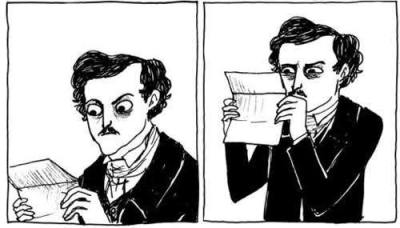 And there were many smaller twists that just added to the intrigue. In terms of plot, characters, and twists, this book was perfect.

I also loved the philosophical reflections that found themselves into the story. I remembered reblogging a quote from the book, it’s the part where Amy rambles about the ‘Cool Girl’ and how it’s fabricated/for the pleasure of men. I didn’t realise I would read the real book so soon after and understand the context. But without the context, it still stood strong and I really resonated with those words. I loved how blunt and crass she was about it. There were many moments like that where I was like, ‘There’s a great point for discussion’. Or when she wrote, “Most beautiful, good things were done by women people scorn.” So many great quotes that are just waiting to be fleshed out.

While I loved the twist where Amy is revealed to be alive…I just didn’t buy it. The more I read, the more I could understand. But her being the ‘psycho bitch’ just seemed really over the top. Once I was able to finally accept that it was her personality (and somehow he hadn’t known enough about it until she snapped?), the book just ended. I felt like there was another climax coming but nothing happened. And in a way I applaud Gillian for that. She tricked me. It felt like one last slap from Amy. She won. She beat Nick. She beat the world. She beat even the reader. We don’t know, we don’t find out. I just found it so hard to believe that Nick would stay with her even with the child. I can’t imagine that child growing up normally. How could they be normal after all that happened? It felt a little too unbelievable. But I still bought it. For the sake of the novel, I enjoyed it. And I took it as Amy’s final finger to the rest of us. She won. And she is now in my top villain’s list.

If the ending was different, this book would have received an easy 5 out of 5. But I will give it 4 (I was thinking about a 4.5). I recommend this book to everyone who enjoys a good thriller. But to be honest…I really lost faith in love for a while as I was reading it. How could two people ‘so perfect’ end up so tragically hopeless? I lost a lot of faith in humanity, in wives and husbands, but after some space. Some YouTube videos. Some chatting with my partner. Faith in love was restored.